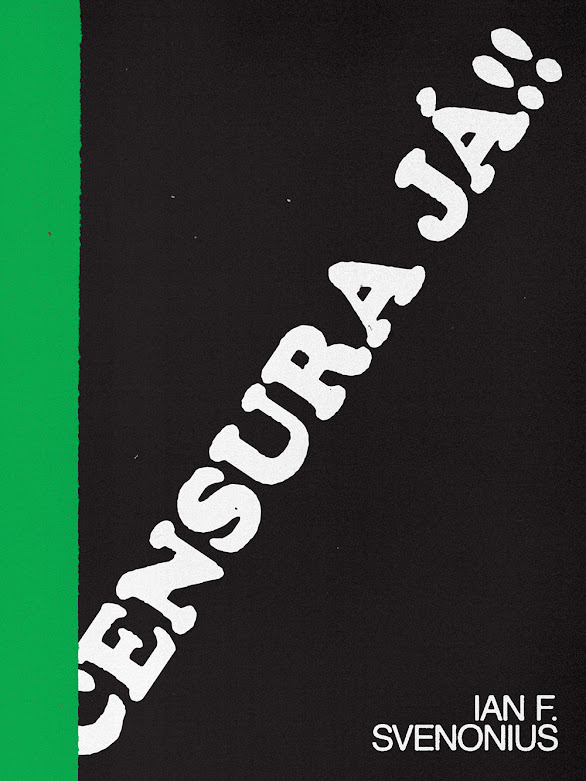 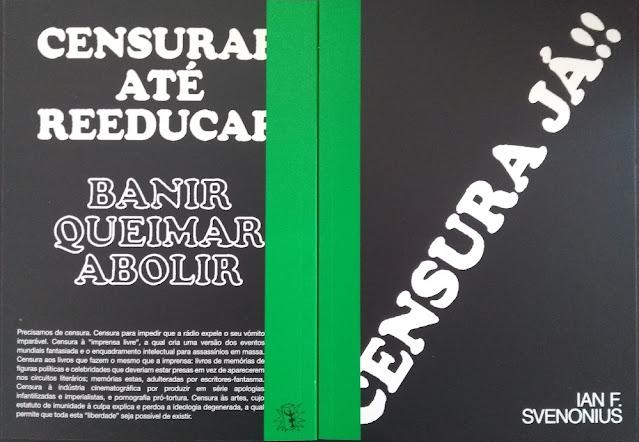 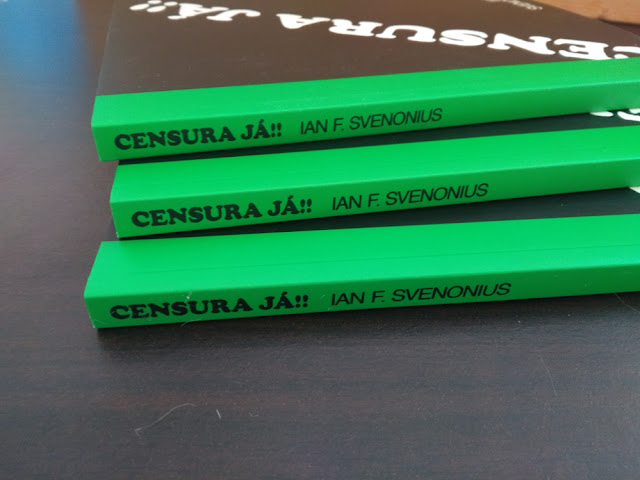 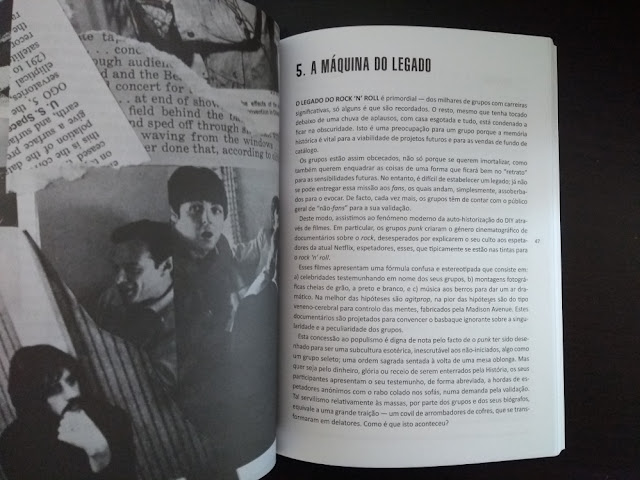 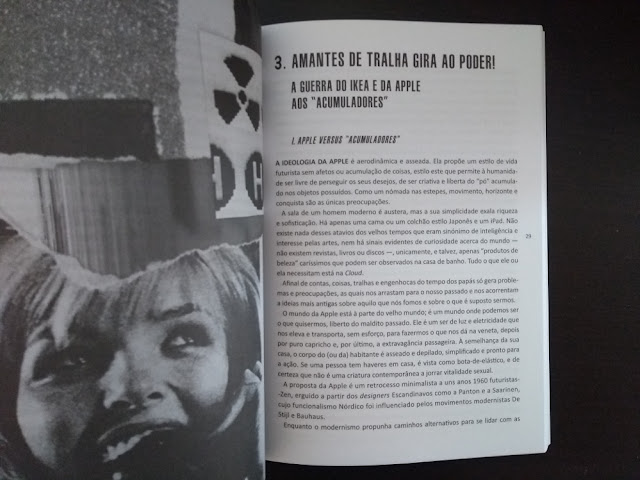 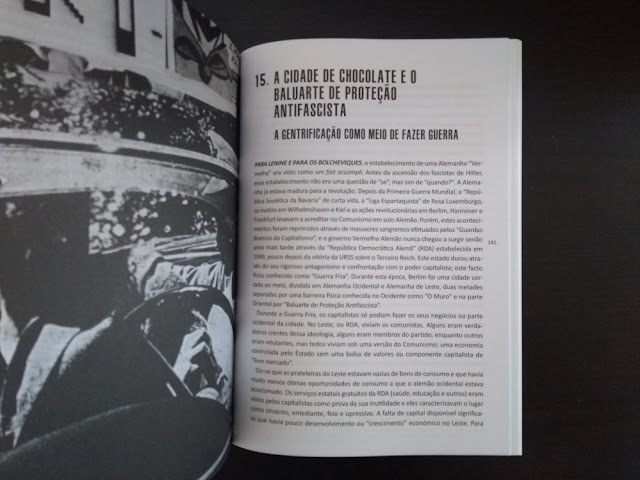 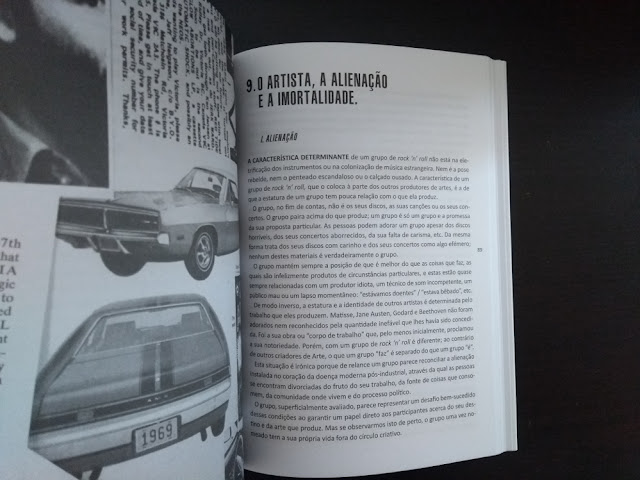 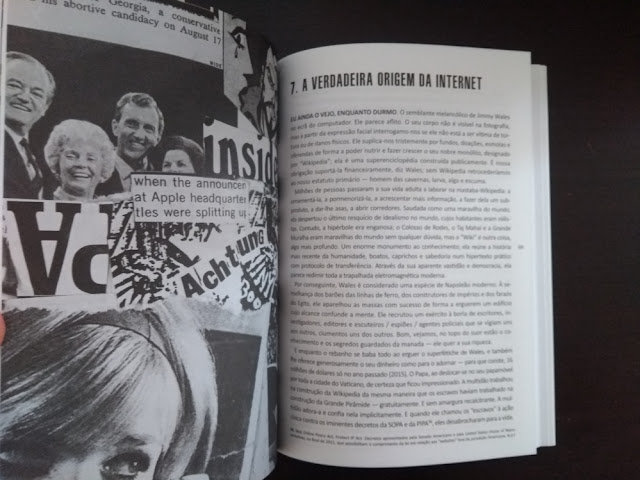 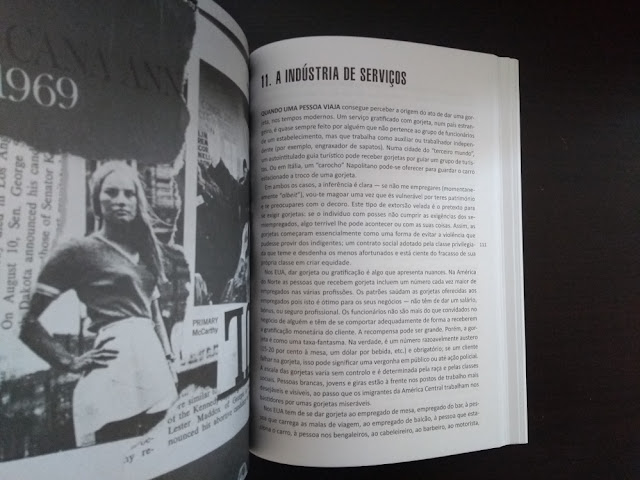 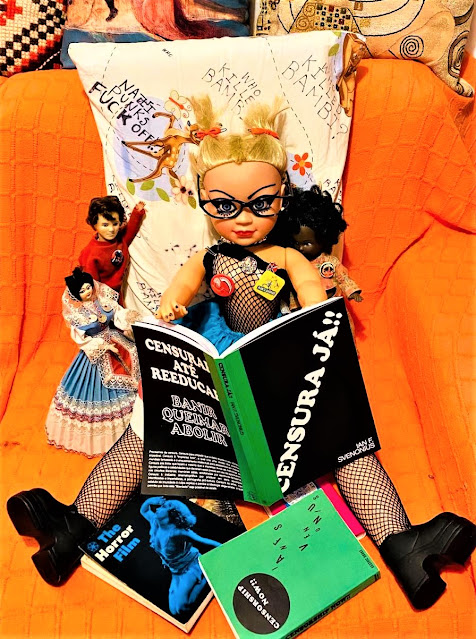 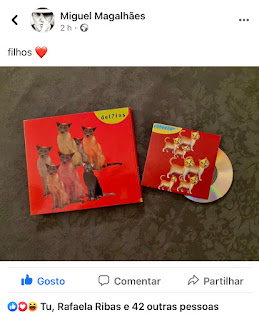 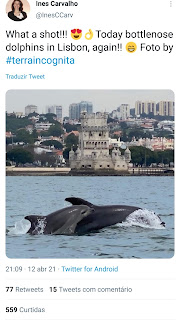 Será a caneta mais poderosa do que a espada? 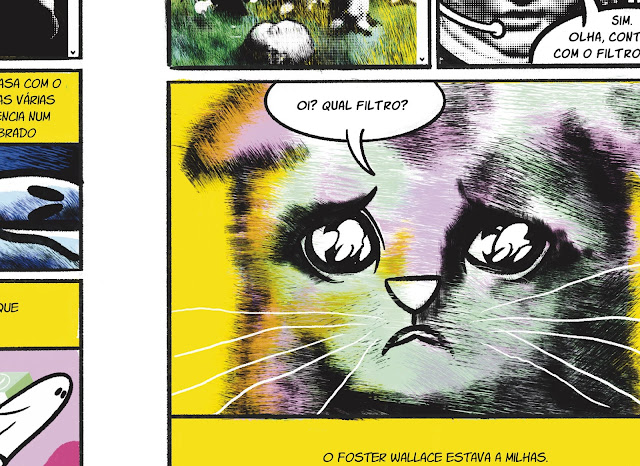 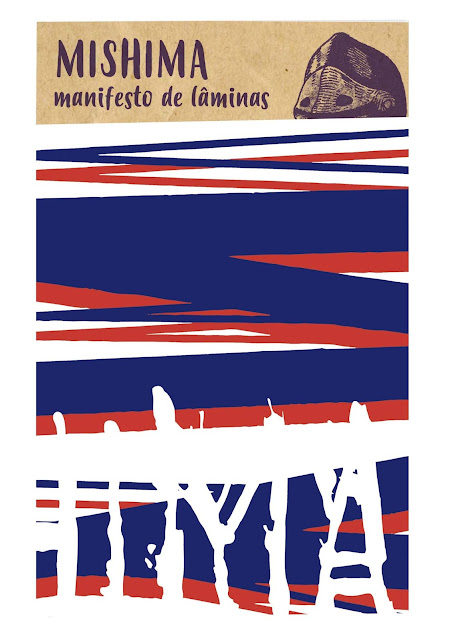 It's a graphic reading of Confessions of a Mask (1949), book that Mishima started writting also on the same day and month. This "Manifesto" was made by Tiago Manuel for an exhibition for Ciclo Mishima - Um Esboço do Nada, program dedicated to the write by Belém Cultural Center (CCB) in 2008 and after twelve long years finally it was published in book form - only a small except was published in #20 of Kuš! (Latvia) in 2015.

The artist used scissors that shattered the original work, not to destroy it, but to honor it by making it bleed images. We hope this vision of Tiago Manuel will open an intellectual battle between "Comics" and conceptual drawing purists. 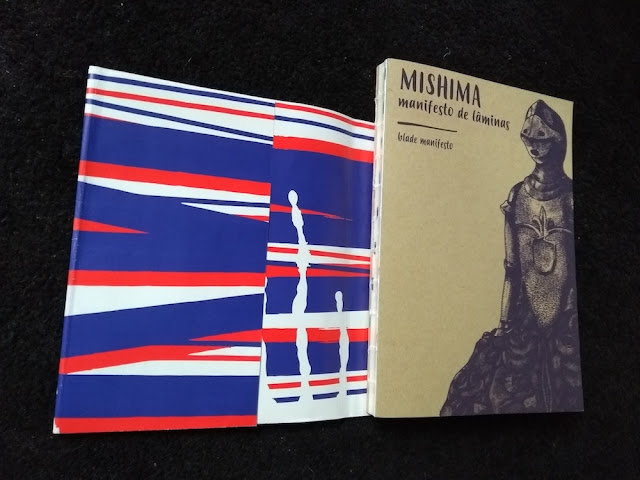 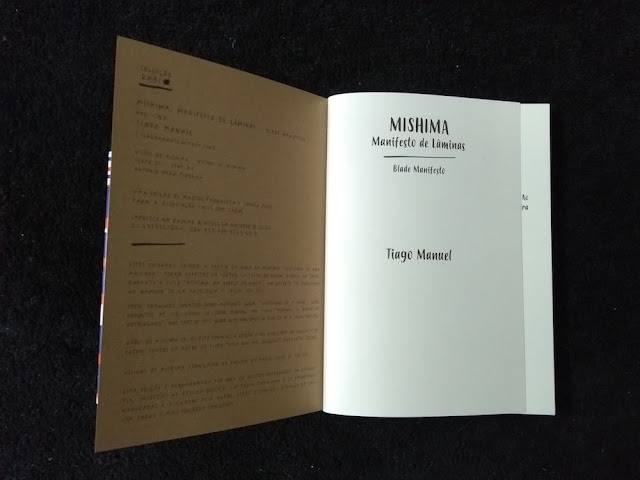 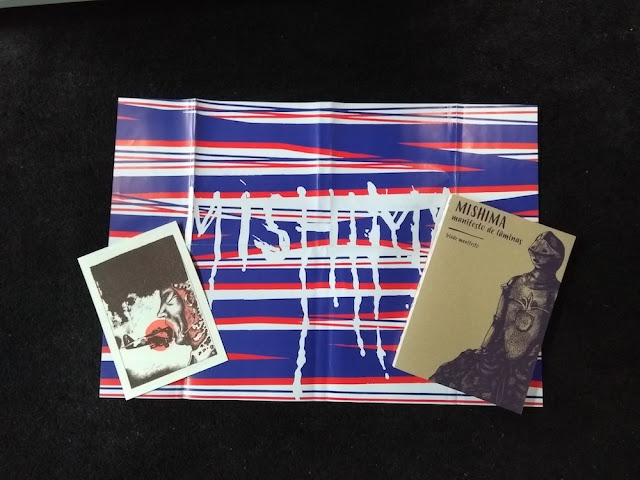 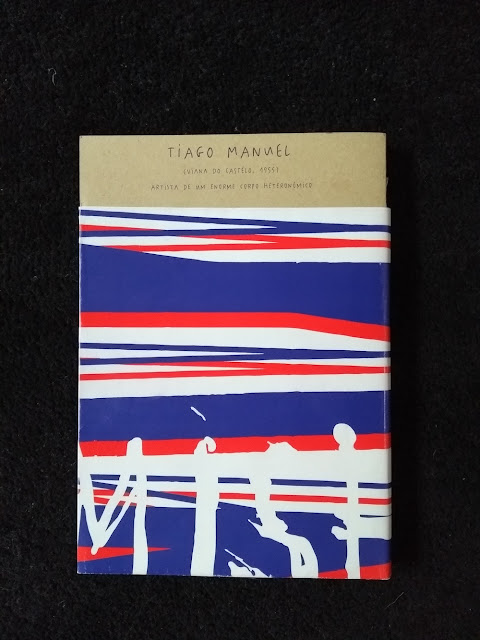 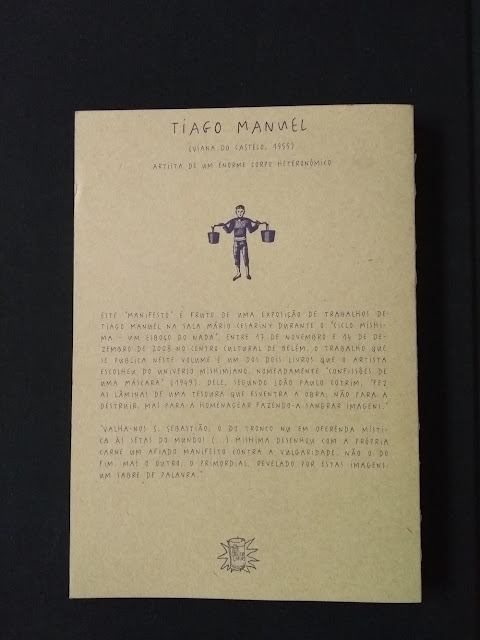 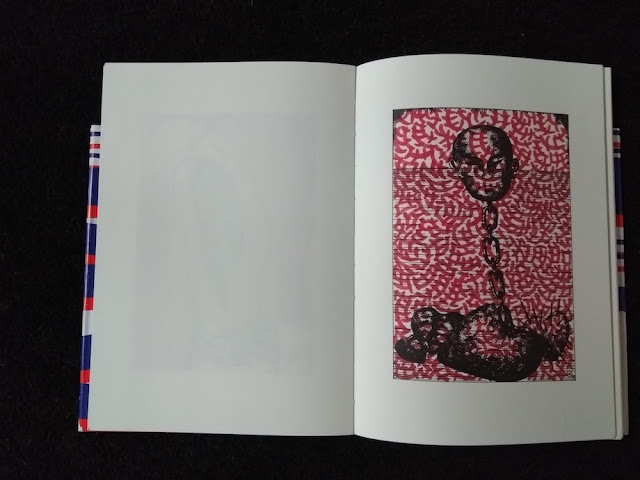 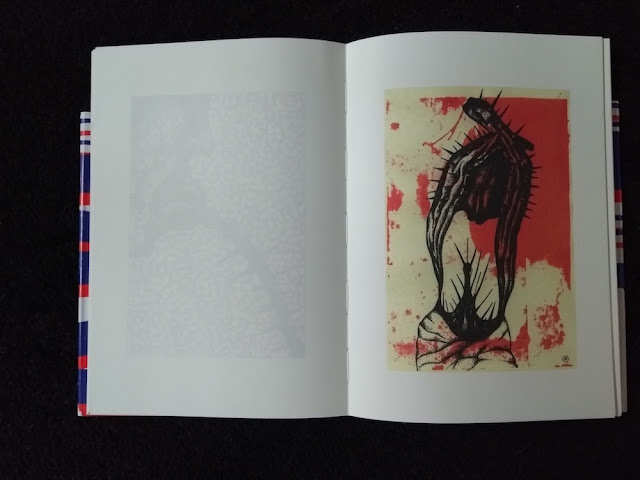 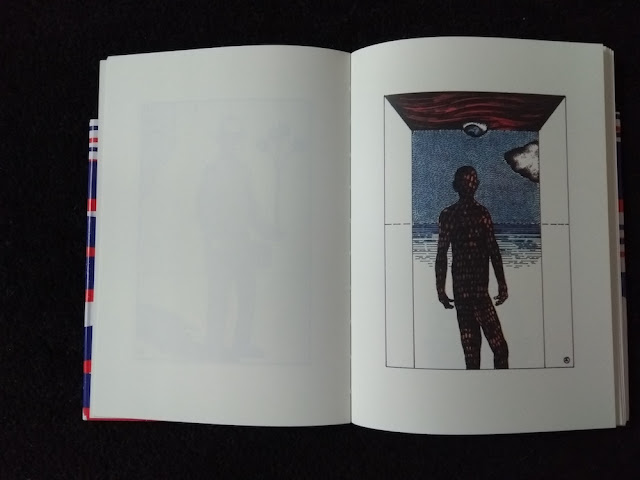 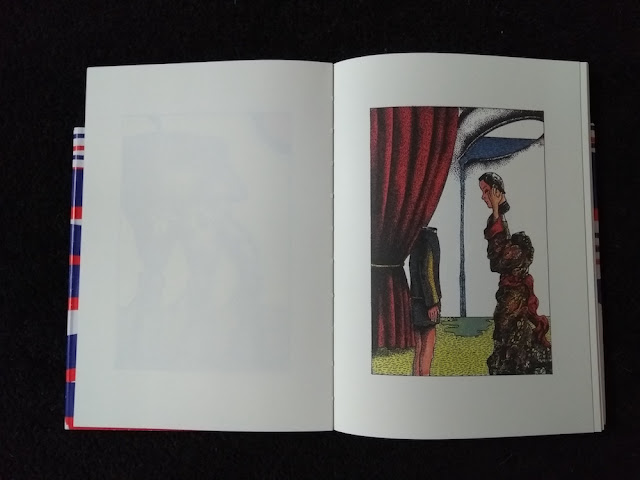 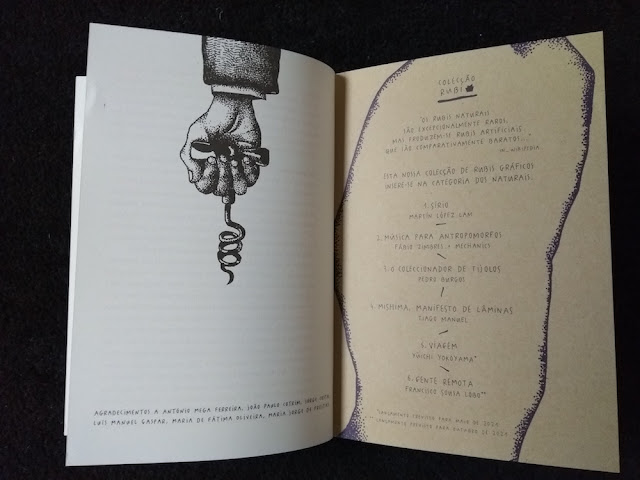 Four different drawing were printed in risograph at Desisto. One of these images will be a gift to you if you buy directly to Chili Com Carne, There is 25 copies of each, all signed and numbered by the artist. 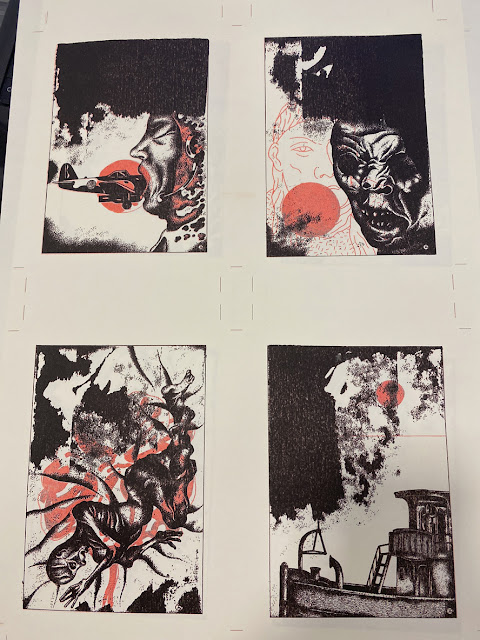 His works reminds me of Roland Topor's works and has a touch of Polish film posters. - DJ Cat Goshie (by email)

Ostensibly a “graphic adaptation” of Mishima’s Confessions Of A Mask rendered as a series of wordless mixed-media illustrations (each presented within the gorgeous open-bound book adjacent a blank page for maximum consideration value and, if we’re being brutally honest, impact), it would be a mistake at best, betrayal at worst, to think of Manuel’s “suite” as concerning itself overly much with the literal aspects of its subject — after all, if conveying such were his intention, he could have simply gone the “prestige graphic novel” route. Rather, it is the character and philosophy of the work that we are both welcomed to explore and confronted by herein, and while original exhibition curator Antonio Mega Ferreira’s “Visions Of Mishima” text piece serves to set the table, it is the artwork that is the main course, replete as it is with all the martial precision, poetic beauty, unrequited longing, and psychosexual pathology that informed both the narrative it takes it cues from and, of course (and much more crucially, in my view) its author. - Ryan C.'s Four Color Apocalypse 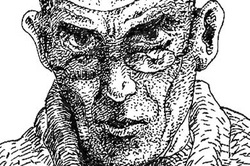 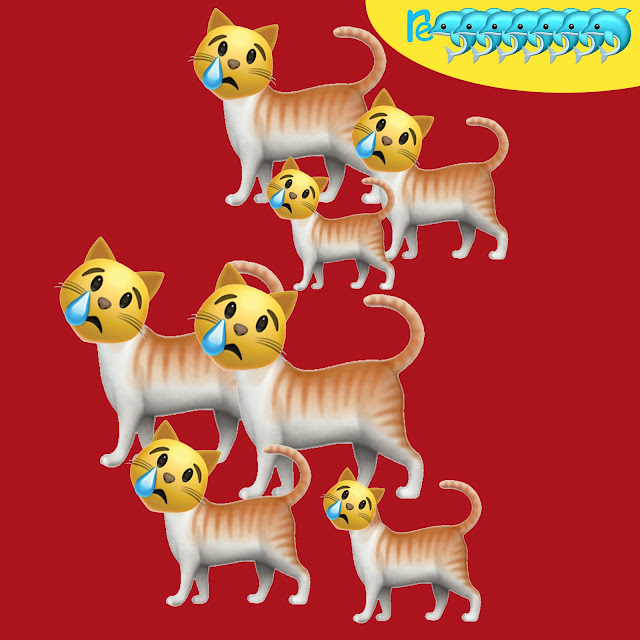